A number of years ago I had the good fortune of hearing Alfredo Kraus sing Werther at the San Francisco Opera.  At that time he was in his late fifties, but his voice was unimaginably youthful, and the elegant quality of his singing was utterly captivating.  I was sitting with a fellow graduate student in the nosebleed section of the opera house, and even now I can still see those piercing blue eyes looking up into the lights and communicating with me, as it seemed, personally, so high up and far away.

In preparation for that opera visit I read Goethe’s novel The Sorrows of Young Werther and my reaction was perhaps a typical late 20th century response to early 19th century Romanticism: Oh, my! Such a lot of fuss, so over the top!  Does anyone ever really die of a broken heart or kill themselves for love?  To me it did not seem “romantic” in the way we use the word today, but a deluded obsession leading to a self-indulgent waste of life.  Of course it does help to understand that the Romantic movement, with its emphasis on individuality, passion and freedom, was a response to the rationalism and order in the Age of Enlightenment that came before.  And I found that Massenet’s music did carry me along, that my disbelief was somewhat suspended and that I understood poor Werther’s sorrow.

Jonas Kauffman is currently singing the role in a stunning production by Richard Eyre at the Metropolitan Opera, and it was a life lesson to revisit this opera thirty years on, and discover how my view of it had changed.  Mr. Kauffman is currently at his peak, with a beautiful voice, astonishing technique, an ability to act – and it doesn’t hurt that he has matinee idol looks.  This go round, I found myself going up and down with Werther, moment to moment, and wondering if indeed we would all die of love.  Mr. Kraus’ noble suffering was a distance removed from the earthy, at times ugly and increasingly desperate pain evoked by Mr. Kauffman, which seemed to increase exponentially at each setback.  Somehow, his Werther managed to sustain a flicker of hope almost to the end, that his Charlotte would change her mind, leave her husband, and follow him to a blissful life.  I felt much more sympathy for the character than I did on first viewing, and accepted in the end that his suicide and death in Charlotte’s arms was his inevitable and only chance at peace.

Die young and leave a beautiful corpse – isn’t that how it goes?  Of course, there is an element of selfishness in imposing one’s own suffering on the world to such an extreme…there are consequences of such actions that ripple out beyond oneself and hurt many, many others.  I still don’t believe that one’s own emotions are the most important thing in the world.  But thirty years on, having loved and lost and suffered and recovered and loved again, I found that I have empathy for Werther.  The power of passion and the devastation that can result in its thwarting is undeniable, even if it does not usually lead to death.  Perhaps what happens is that in the endurance of life’s events, there is a growth of one’s compassion muscle.  Fully exercised, it allows for a deeper comprehension of, if not concordance with, another’s pain. 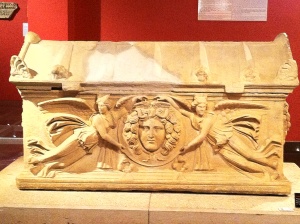