A recent visit to Asia brought into sharp focus the differences that can exist between two places with shared history, culture and language. I am speaking of the vibrant, small island nation of Taiwan, and its behemoth neighbor China.

Taiwan existed as an inhabited place long before the military leader Chiang Kai-shek and his Nationalists retreated there in 1949 after civil war in China, bringing with him millions of people. Han Chinese had been migrating there for centuries, living alongside the indigenous population, and over several hundred years the island has been occupied and ruled in turn by Dutch and Spanish colonial powers, and both the Chinese and Japanese empires. Like all formerly occupied countries, the spirit of independence is strong and nearly every person you meet is ferociously proud of Taiwan’s achievements, and protective of its freedoms. These have been hard won: after Chiang’s military dictatorship and decades of slow reform, and despite the bullying of their large neighbor on the world stage, Taiwan is a now a functioning democracy. In January 2016 they elected a woman president, Taiwanese born of mixed Chinese and aboriginal lineage, educated as an attorney in Taiwan, with a Masters from Cornell and a Ph.D. from the London School of Economics. It will be her unenviable task to walk the fine line between maintaining her country’s independence and appeasing that powerful neighbor to the west.

Taipei, Taiwan’s capital, is typically Asian in its population density, energy and commerce – there are a great many people, eager for trade, hustling and doing business. It is prosperous and at the forefront in terms of modern transportation and an enviable subway system. I saw craftspeople and designers in the fabric district, negotiating, buying and selling. I saw thousands of professionally dressed people, commuting to and from large office buildings. I saw many temples of different persuasions, filled with worshipers. I saw food stalls massed with people out with their children, enjoying the local delicacies. I saw open protesters with signs, quietly marching in front of public buildings, unharassed. I saw patient policemen, news stands selling many types of newspapers, foreign and local, and senior citizen volunteers in the crosswalks. I saw children in school uniforms and revelers at the night markets. I spoke with hotel employees, guides, pharmacists, shop clerks, market and restaurant workers, taxi drivers, even an organic tea farmer, all very proud of their work, their country’s treasures, glories and accomplishments. I was warmly welcomed by everyone and treated with respect, despite the fact that I seemed to be the only westerner around.

Contrast this with the behavior of citizens from China. The largest groups of visitors to Taiwan now are mainland Chinese, and I have seen them increasingly throughout Europe and other parts of Asia as well. They travel in large escorted groups and I regret to report that they mostly behave badly – they are extremely loud, even in the most hallowed of places; aggressive, boisterous, and rude. I have seen them shouting inside museums, in hotel lobbies, even churches. I have seen them climb up on monuments for a picture, or touch works of art, even when admonished by guards. I have been shoved aside trying to exit elevators and seen queues disrespected at restaurants and airports and ladies’ rooms. I have been crushed against glass cases in museums and set to wondering how it is possible that they could even experience the art as they rampaged through galleries at top speed and volume. It was explained to me several times, apologetically, by guides in Taipei that these were mainland Chinese groups, not Taiwanese, as if to say our ancient history and culture, and our society, are not represented by this behavior.

Once upon a time we were the “ugly Americans,” famous for traveling with disregard for local manners and customs, big, loud and obnoxious. I have also heard this same complaint aimed at different times and in different places towards German and Russian tourists. Without painting every individual from a country with the same brush, I’m afraid that the title now goes to the Chinese. I can’t help but wonder if their government’s bullying tactics with Taiwan and other Asian neighbors is not “trickling down” to the behavior of traveling Chinese citizens, and that they feel entitled to the world. The citizens of Taiwan have watched with trepidation the events in Hong Kong, the broken promises and deterioration of life quality, and every day they have on their doorsteps hoards of inconsiderate mainland Chinese reminding them of their possible fate. Taiwan is a brave and beautiful place, and has earned its right to exist. They are right to worry. 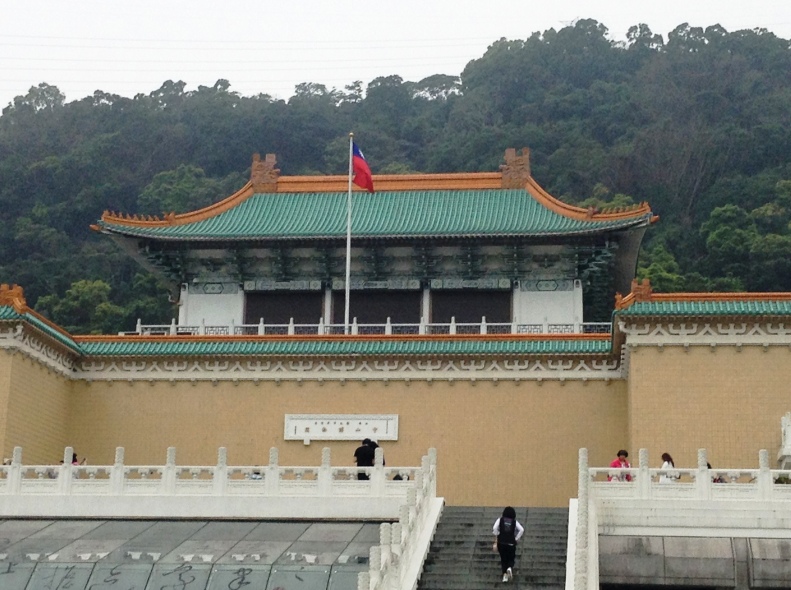